The 21st Century is India’s Century

This is an idea that was first seeded when the BJP government came to power in 2014. There was a sudden change in how the world viewed us. We had a new dynamic PM who had come to power with a clear majority and he was travelling the world, gathering large audiences spurring on positivity and interest in India. Since then, much has changed with regards to the perception of the government, but what remains, is the world’s faith in India. Even at an under 5% GDP growth, it remains one of the most attractive markets in the world. A favourable demographic dividend, with 800 million people under 35 years of age and with consumption from tier II, III and IV cities estimated to comprise 34% of total consumption by 2025, India is attractive for investors and businesses

Jeff Bezos in his January visit to India said, “I want to make a prediction. The 21st century will be India’s century. The dynamism, the energy is incredible. Everywhere I go I meet people who are interested in self-improvement and growth. It’s the largest country in the world and it’s a democracy.” He was verbalizing only what statistics indicate.

McKinsey’s Asia Chairman has said that India is one of the best performing economies of the world. Reports from PwC have predicted that India will become the 2nd largest economy globally by 2050. Every year, a large number of people are coming out of poverty and becoming an integral part of the consuming class. 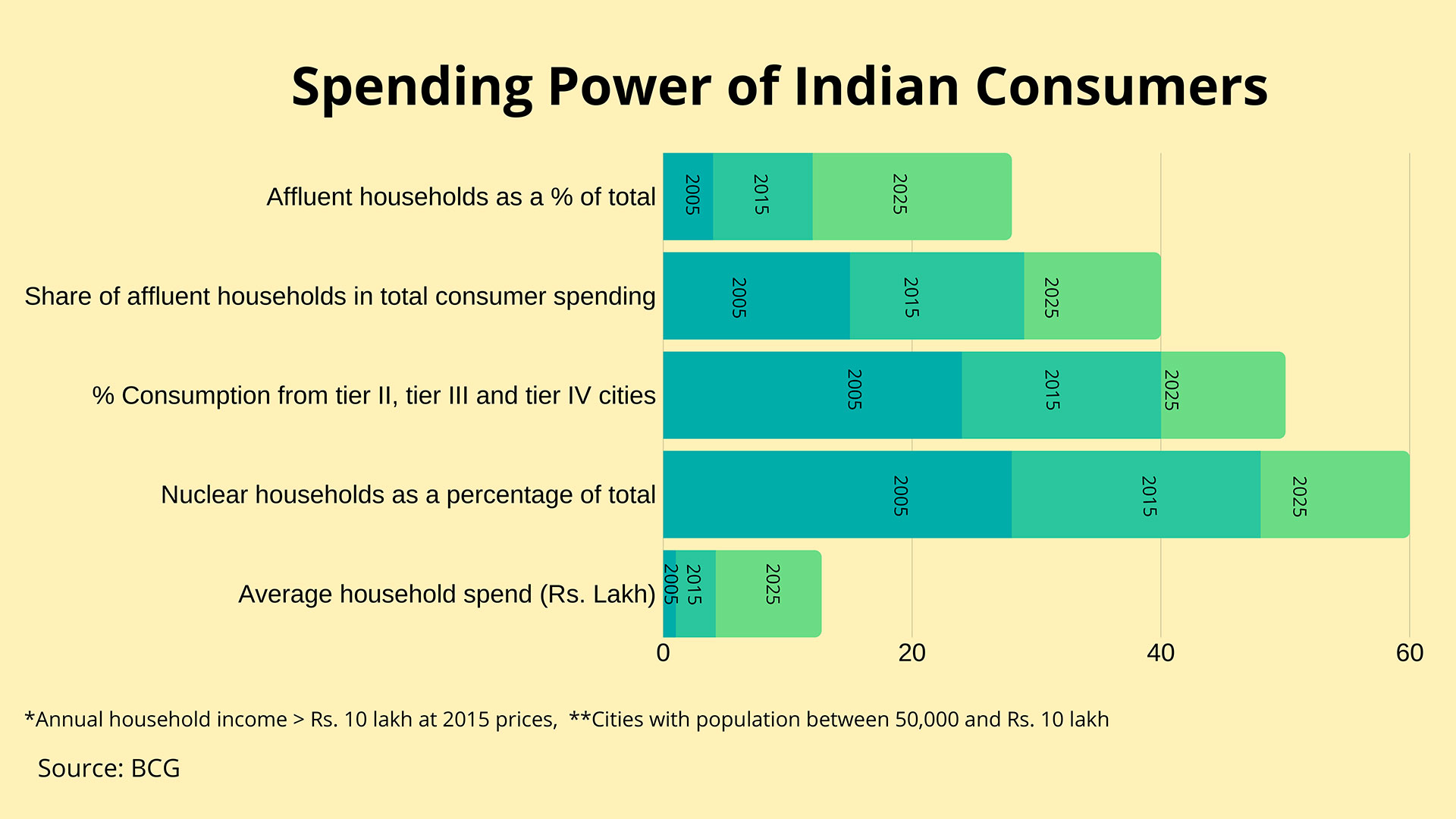 As per this report, India is among a select few companies globally that have consistently exceeded the benchmark growth rate in at least three-fourths of the last 50 years. The country has a solid foundation for pro-growth cycles which implies increasing productivity, income and demand. The government is also seen as boosting the factors that sustain this growth – promoting growth at scale, investing in talent development, investing in infrastructure and automation, promoting market efficiency, mobilizing savings and capital accumulation, driving higher domestic consumption and investment from income and credit growth. 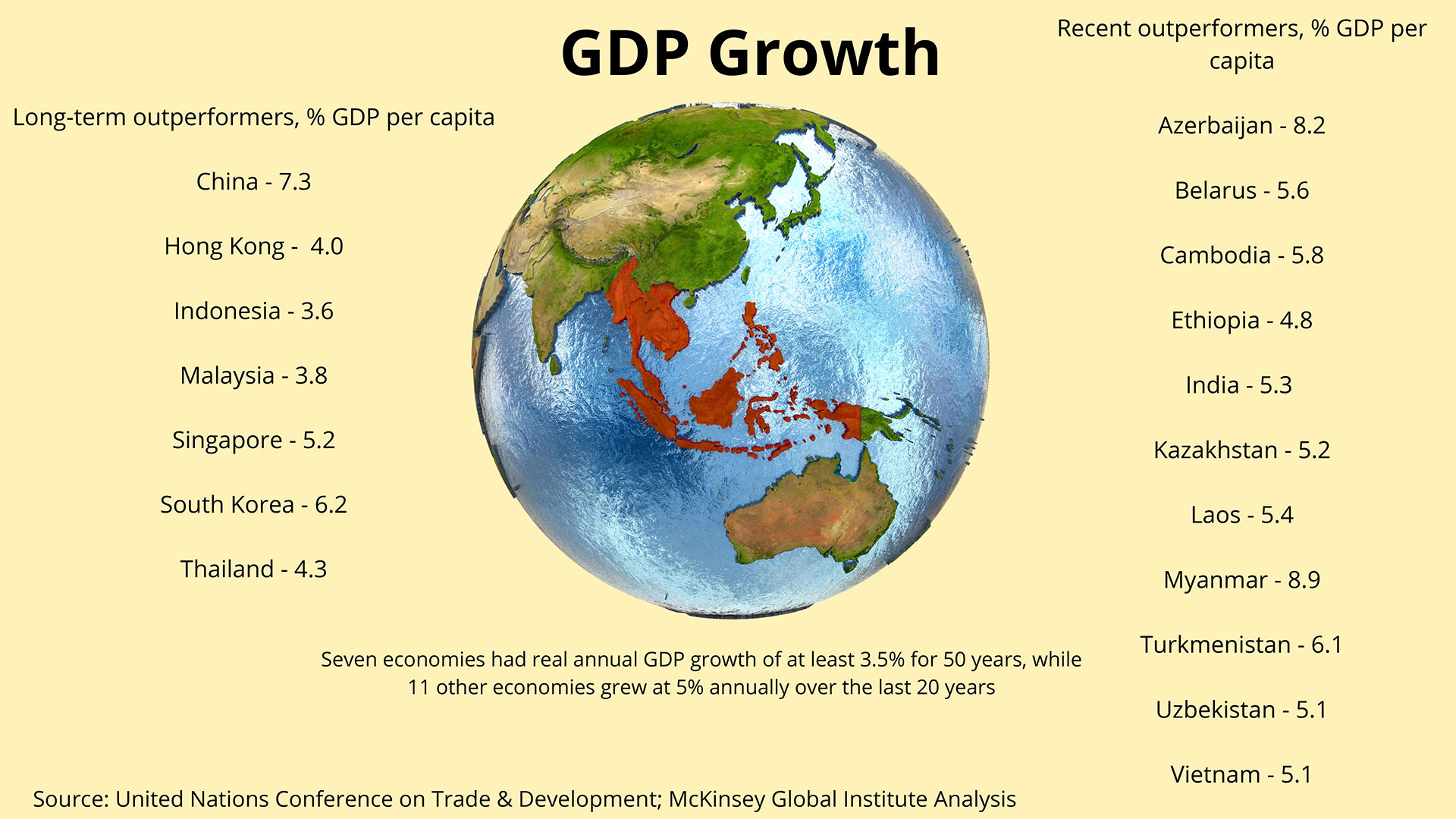 Over two-thirds of our growth is achieved due to a rise in productivity, linked directly with increased industrialization. This rapid development pushes us into a growth cycle that constantly creates wealth and increases demand, resulting in higher job generation.

Technology is also on India’s side. We have 564 mn internet users in the country, who are all going to benefit tremendously with the shift to 5G. This increases both the power of the individual to access information and consume products as well as what businesses can achieve with newfound online reach. The digital infrastructure is being strengthened considerably by players like Jio and India enjoys a large educated talent pool that is equipped for a digital future. The country has the highest number of STEM graduates in the world.

Other factors that signal India’s dominance are high domestic savings which boost infrastructure growth, compelling action in the area of financial inclusion and high level of foreign investments.

With the current government backing modernization and development drives, the rapid acceptance of free market economics and India’s rise in the international hierarchy – all the major requirements to dominate economically and politically seem to be present. 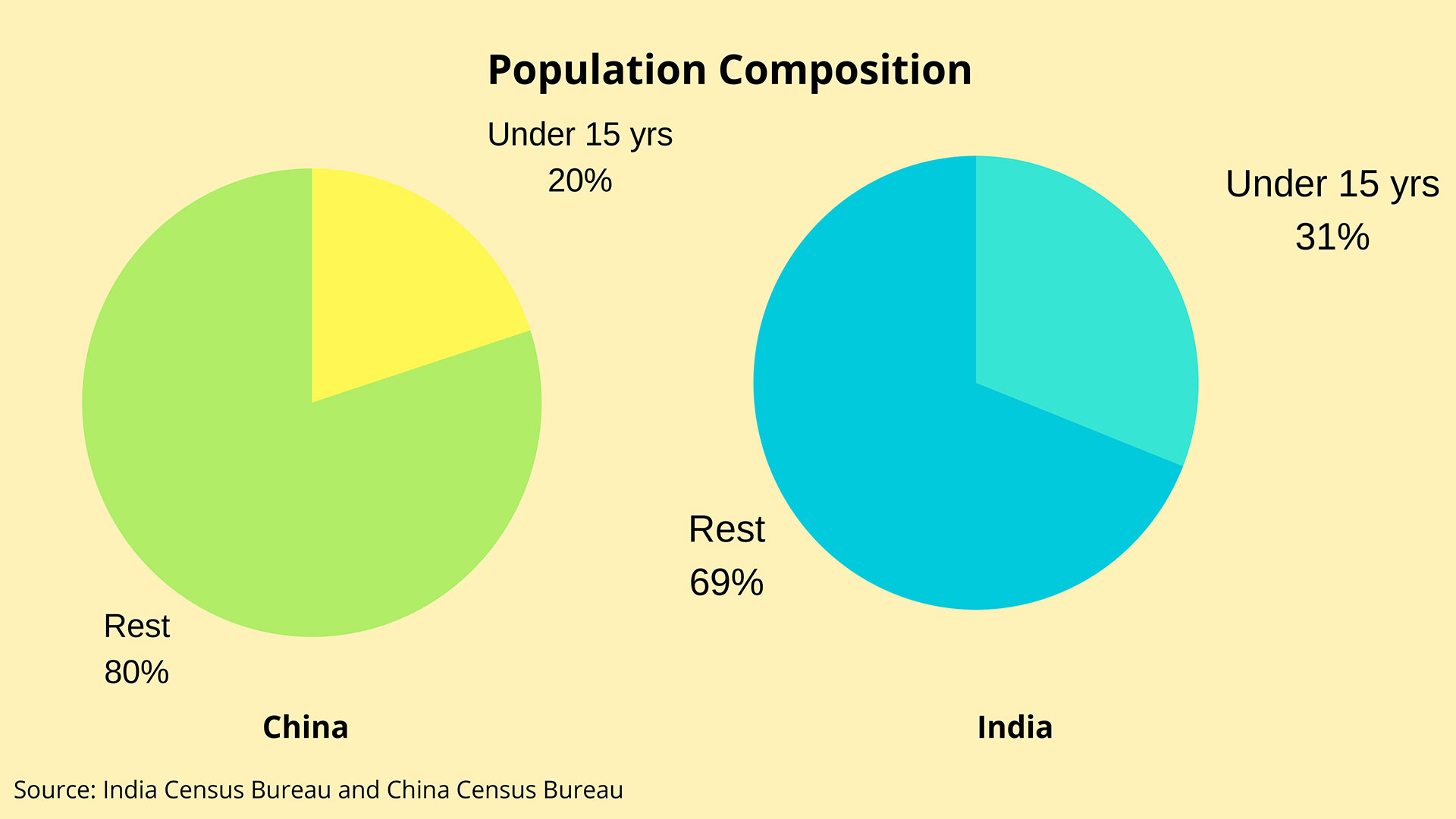 Even when compared to China, India has many distinct advantages. China’s one-child-policy has proven to be disastrous. With 1.8 births per woman and close to 20% of the country’s population under the age of 15, China has become like a Western European nation. India on the other hand is both large and young. 31% of our population is under 15 and we’re growing at 2.7 births per woman.

India’s corporate sector is much more robust than China’s. We’re led by English-speaking management of global calibre. many of whom are increasingly be roped into top positions not just in India but even globally, because they understand the dynamics of the fastest growing market in the world.

In the area of technology, India has the world’s most skilled workers. Unfortunately, they remain under-utilized. Only 30% of  India’s tech work is innovative, high-end and value intensive. If we’re able to quickly transition from  back-office processes, we will be able to do two things – increase revenue and increase demand for more top tech talent.

Apart from tech, India is also focusing on developing its manufacturing, infrastructure and energy sectors. According to the World Economic Forum the progress that India has made in  renewable energy and the role it played in the Paris Climate Agreement negotiations and International Solar Alliance show the country’s aspirations to lead in the environment security and climate change mitigation discussions.

India’s recent success with the lunar mission and being the fourth country in the world to have the ability to shoot down low-oribit satellites with missiles; are proof of its accomplishments in space exploration. We are also upping our humanitarian efforts by contributing towards infrastructure development in Afghanistan, the North-South Transport Corridor and the India-Myanmar-Thailand highway. We have also exhibited our willingness to cooperate with Africa and in coalitions such as the Shanghai Cooperation Organization, the Asian Infrastructure Investment Bank and the India-Brazil-South Africa Dialogue Forum.

From the number of global dignitaries visiting India in recent times, it is evident that we are priority for both global business and politics. We even wield tremendous soft power through our culture and through Bollywood. No big retail firm or film studio or stream service can gain a large part of the world market share without the cooperation of India. If we’re able to streamline policies and stick to the growth track, we will inevitably rise to lead in this century.