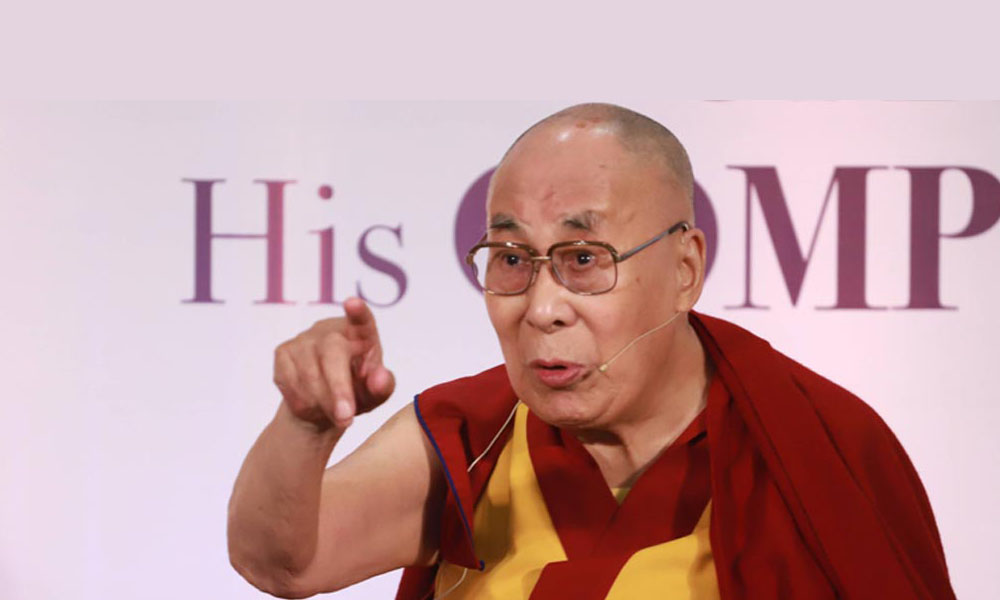 Eternal wisdom of the Dalai Lama

As part of its ceaseless endeavor to broaden the horizons of its 150+ member CEOs, The Economic Times India Leadership Council hosted a unique opportunity to interact up close with The Dalai Lama.

His contagious chuckle and humble demeanour bely the depth of his wisdom and the indelible impact he has had on our times. Speaking softly and thoughtfully, one of the most beloved leaders of the 21st century took centre stage, charmed the audience and commanded complete attention in an enlightening session.

The 14th Dalai Lama, Tenzing Gyatso, has been a transformative ambassador for peace, following in the footsteps of Mahatma Gandhi and his spiritual master, the great Gautam Buddha. The session commemorating the 29th anniversary of His Holiness receiving the Nobel Peace Prize was hosted by The Economic Times India Leadership Council (ILC).

Renowned filmmaker, scriptwriter, director and activist Mahesh Bhatt steered the conversation, pondering how a dangerously fragmented human race could come together before it self-destructs. What followed was an insightful glimpse into the inner workings of one of our greatest minds on the face of the planet.

The Dalai Lama expounded on a crucial truth, the importance of brotherhood and sisterhood of humanity. Barring natural disasters, most of our troubles today are self-created. The basic nature of the human mind is compassion. We are all born from our mothers and in a few years that becomes our image of affection. Without this affection we cannot survive. Even in our daily experience, if one human being smiles, this action evokes a smile in response and creates happiness.

His Holiness talked about how we come from one God, our father. And that father is infinite love. We all carry energy from this father. This he said was cause for great hope in spite of the divisiveness of our times. This was the essence of every religious tradition. And this basic human nature of compassion as opposed to anger is to him, the secret of connecting 7 billion people across the planet in one human fraternity.

Offering insights into approaching the problems of our age, his Holiness stated that one way to deal with anxiety is to not be too close to a problem, and to look at it from a wider perspective from multiple points of view. The bigger picture often reveals a problem as an opportunity. If a conflict or problem is unsolvable, then after deeply analysing it the best recourse was to accept it, as sadness and worry were counterproductive.

The Dalai Lama explained how rigorous adherence to the principles of logic and the constant quest for truth were the very cornerstone of his faith. “The Buddha himself said, my followers, scholars and monks should not accept my teachings without investigation and experiment.” He said that the institution of the Dalai Lama was not as important to his faith as study was and talked about how he was exhorting every Himalayan monastery to become a knowledge centre. This constant questioning and analysis has allowed Buddhism to evolve and walk hand in hand with science.

Strength in the collective

Pointing to the example of the European Union, he said he hoped eventually common purpose would overtake nationalistic identity to create bigger continental zones. Citing the common Nalanda tradition of Buddhism, the ancient past and large populations of China, India and Japan, he said that he dreamed of an Asian collective. India has great potential to create a lasting impact by reinstating the importance of internal education that is focussed on managing emotions, understanding philosophy and embracing all faiths. The lesson to be learnt is to argue philosophically but to respect and recognise the humanity of different believers.

In an interconnected economy, with the threat of global warming looming ahead of us, he said the time was now to come together in a common cause.

“The mother of all questions is that as technology moves at breath-taking speed the world is at a break. Never have we been so divided, so fragmented. The answer lies in finding our shared human brotherhood. In these dark times, the light is not gone. Like the sun hiding behind the clouds, it is there. All we need is to dive within ourselves to find the light within.”

“Being a compassionate leader at Uber India/South Asia means creating an entrepreneurial ecosystem which provides employment opportunities to more than 300,000 independent driver partners on our platform. In partnership with our driver partners, we provide magical rides at the best possible prices every week to more than 11 million riders, thereby helping alleviate urban congestion, reducing the national carbon footprint and improving the region’s air quality.’’

“As a Manager in this VUCA world, there will be pressures to deal with all the time. The real maturity of a leader is how he does not let that affect his interactions with him team, inspires them and brings he best out of them. Empathy and compassion can be your best friends in your leadership journey and can only bring out the best in you.”

“To ensure a successful business, it is important to create an environment of collaboration as well as trust and confidence. A leader should be accessible and should be an influencer ensuring there is commitment from the team rather than fear or worry of failure. If all the above element of compassion gel together, the business should generally thrive irrespective of whether it is cut-throat or not.”

Business is inherently competitive and often adversarial, but trying to attain profitability need not mean letting go of a greater purpose. Indeed, history is witness to transformative change can be born from compassion. By bringing The Dalai Lama and key leaders from across India Inc. under one roof, we believe that his timeless wisdom can help industry leaders to be more compelling, sympathetic and inspirational than ever before.

The Economic Times India Leadership Council (ILC) is India’s most exclusive peer group initiative that aims to bring together a select group of senior business leaders from across Indian industry.

From mortality and mental health to re-imagining India: Sadhguru in a freewheeling chat with ETILC Members 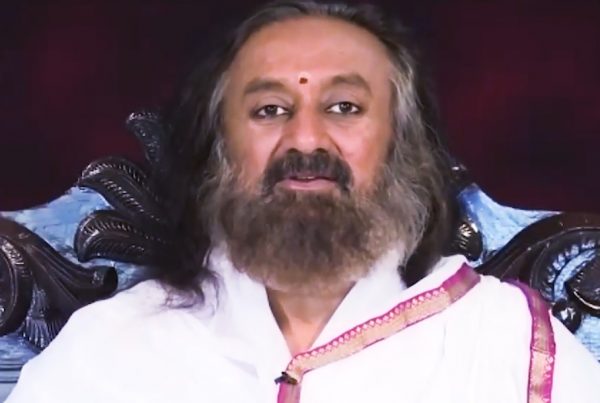 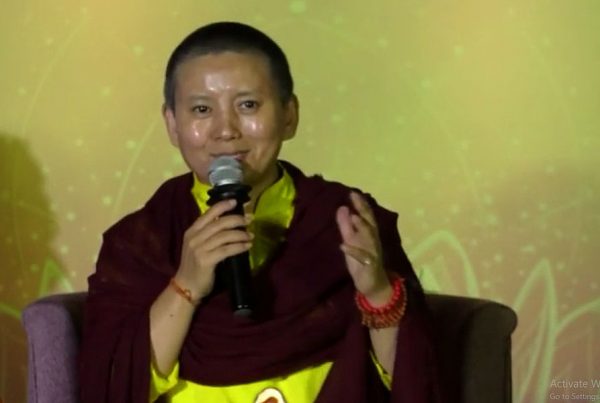