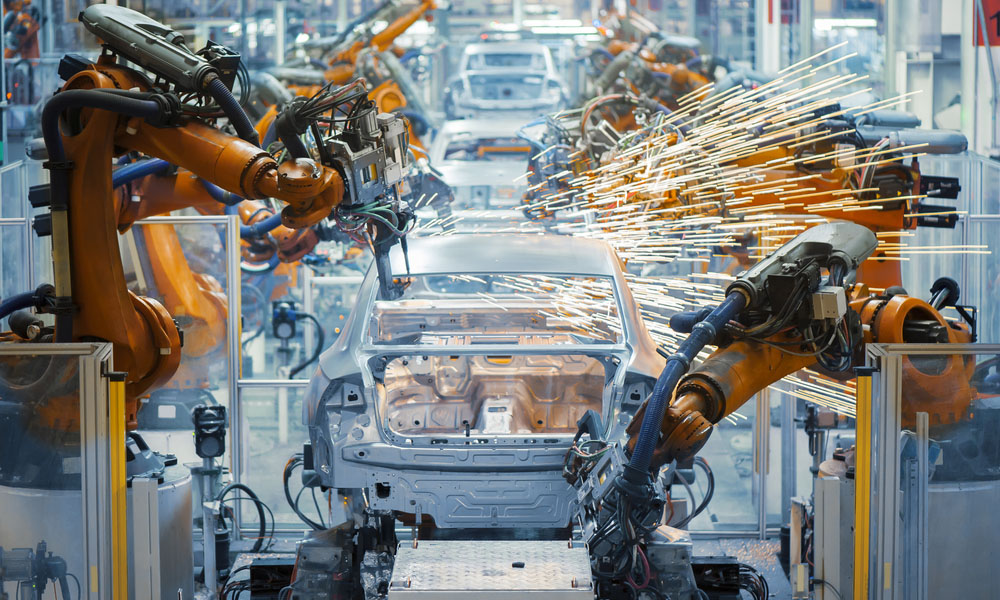 While China is the country of choice when it comes to manufacturing, India is fast catching up in material terms rather than just showcasing its digital prowess in the era of the global economy. A combination of reasons are responsible for this ‘Make in India’ mantra – India is the third largest economy in purchasing power parity after the US and China; it has a large population of engineers and factory workers; and, its intellectual property is widely respected.

As the winds of growth and a wave of reforms continue to make their impact felt across the nation, far deeper are the changes being made on the technological front. An increasing number of companies are beginning to wake up to the advantages inherent to the methods of advanced manufacturing, a big theme in manufacturing companies across the globe. With a greater number of investments being made in robotics, automation, the internet of things and big data, these represent the next major frontier to be conquered. India has some catching up to do on this front, but China’s stagnation (and even decline) as a major manufacturing destination) has seen India gain ground even as a new clutch of manufacturing nations are equally vying for investment—right from East Africa to Vietnam to even the UK. India has its task cut out if it is to make its mark in the pantheon of global manufacturing nations. The need of the hour are deeper reforms, and a simplified regulatory regime, just as a starting point.

With manufacturing gearing up to scale new heights thanks to a new-found impetus, India is expected to be one of the 5 most competitive manufacturing nations by 2020, according to the Global Manufacturing Competitiveness Index report from Deloitte Touche Tohmatsu. This makes manufacturing a pivotal cog of the Indian economy, and a cross-section of industry leaders from the Economic Times India Leadership Council converged to confer onvital issues pertaining to Indian manufacturing.

With manufacturing gearing up to scale new heights thanks to a new-found impetus, India is expected to be one of the 5 most competitive manufacturing nations by 2020. This makes manufacturing a pivotal cog of the Indian economy that must be geared up if a new chapter of the Indian growth story is to be penned.

Make in India, is but the beginning. We must now move towards Design in India

While inaugurating the 106th Indian Science Congress (ISC)-2019 recently, Prime Minister Modi made what was an important acknowledgment of the need for greater innovation through R&D. To the popular ‘Jai Jawan, Jai Kisan, Jai Vigyan’ slogan, he added a new phrase – Jai Anusandhan (Research). I believe that this is an extremely significant and timely addition that rightly puts the focus on the importance on research and development.

The Make in India campaign was launched with the right intentions and it has been heartening to see that it has caught on in a big way. As a next step, we now need to move beyond just ‘make’ to ‘build’ and even ‘design’ in India. Only the right kind of innovation through sustained R&D efforts can help India truly embrace the growth track and build leadership in technology and manufacturing. As a global software product company, We at MSC Software work extensively with engineering leaders and researchers across fields such as automotive, aerospace, machinery, shipbuilding industries & have been fortunate to partner with our customers in their innovative endeavours.

Therefore, the next level of reforms certainly needs to focus on fostering a culture of innovation designed to tackle some of our most pressing issues today. We’ve already seen some wonderful examples of ‘design, build, and make’ in India, especially in areas such as automotive and IT. Now is the time to create a broader push towards building an innovative temper that percolates through our nation’s shared sensibilities.

Industry is a key pivot for Make in India, making it crucial to empower and enable India’s entrepreneurs

“Make in India” needs its Indian Entrepreneurs. Since 2014, India’s economy has been the fastest growing economy in the world.

While the government is focused on a sustained growth of our economy, the Indian industry which contributes to 26% of the country’s GDP seems to have been left on the wayside, unprotected, and marked for criminalization. Why? The current environment of witch-hunting, and “all promoters are chor” needs to end, now.

Limited liability to unlimited sorrow—The Industrial revolution was successful on the strength of Limited Liability concept. Destroying this by invoking personal guarantees would take India back to the dark ages. Indian industry is happy to support the government on its much-needed initiatives, and reforms. But it is high time that the government and the media draw a thick line between law-abiding, genuine entrepreneurs already suffering from adverse market and economic conditions for the past decade; and the wilful defaulters, and fraudulent entities with a history and proof of fund diversion and/or abuse of power.

There can be no real Ease of Doing Business in India, as long as promoters are always standing in the eye of suspicion and mistrust. Domestic Industry is one of the major wheels of a sustained, and strong GDP of a country, and for the government and the bureaucracy to hound the captains of its industry, is akin to putting a wrench in India’s “Make In India” dreams.

As an economy, India has shown tremendous growth under the revolutionary campaign of Make in India launched in 2014, under the leadership of Prime Minister Narendra Modi. India has rose well in “Ease of doing business”, global competitiveness and . Government has brought several developmental changes for the better economic growth which included Tax reforms(GST), digitization drive, institutional reforms, FDI policies, infrastructure, technology readiness and renewable energy. Japan alone has made around one of the most significant contributions in Investing in India. We have been a proud investor by setting up 2 state of the art manufacturing facilities in India.

However, all these initiatives taken by the government becomes more appreciable when we are also improving upon our demographic dividend, which is our unique strength i.e. Create Indians, who are healthy, job-worthy, skillful & utilizable without compromising on technology updates. This is where the essence of Make in India lies. Just bringing manufacturing back to India is not the complete implementation of this reform, the roots lie in the fact that we need India to be hub of skillful individuals familiar with global standards and demands with world class infrastructure and government support. This is not just to Make in India, but to “Create India Capable of Making in India”

While bolstering Indian manufacturing, it is equally imperative to give Indian brands a push

‘’Brands of India” is a logical next step to Make In India. Countries today are recognised by the brands they sell to the world. Economic strength and growth of any country is a direct consequence of the successful brands it produce and sells to the world and thereby the image it creates for itself.

May it be Sony, Toyota, Yonex of Japan, Samsung’s, LG of South Korea or Huawei and Lin-Ning of China, they are all indicative the strength of their respective economies and a marker of their innovation and contribution to the world economy.

However, these brands are not merely the results of private industry but have flourished due to the support provided to them by the governments of the countries they exist in. Example: during the Olympic Games in Korea, the organizing committee made sure that all the sponsors and the equipment used in the Olympics would be of local brands. Similarly, China adopted the same policy when It hosted their Olympic Games and actually went a step ahead by making Li Ning, the legendary sports person, on whose name their iconic sports brand Li Ning is named after , to light the Olympic Flame. It was a master stroke as the brand was flashed all over the world in live telecast of the most important event in the inauguration of the games.

Only Indian brands or Made in India products should be promoted in all Indian national sports leagues.
Only Indian companies are allowed be the sponsor of the athletes that represent the country and no foreign name, where ever possible, should be visible on the Indian Athletes.
Indian brands should be given preference in the Government buying, similar to the preferences given to MSME and Cottage industry in government buying.
These are the small steps for that would result in a stronger and more confident market mentality with Indian brands and would encourage competition among Indian Brands to sell both in India and to the world.

The Government has taken significant steps in strengthening the demand drivers of cement, be it infrastructure or affordable housing. As we enter into another phase of healthy cement demand growth, it is imperative to improve our logistics capacities, not only in railways and roads, but also develop our massive potential to use inland waterways. In order to fulfill the country’s potential, the manufacturing sector will need long term assurance on domestic fuel and energy sources, while also compelling the cement industry to burn several hundred million tons of the country’s waste through incentivizing sustainable solutions”

** – According to the Global Manufacturing Competitiveness Index published by Deloitte

The Economic Times India Leadership Council (ILC) is India’s most exclusive peer group initiative that aims to bring together a select group of senior business leaders from across Indian industry.