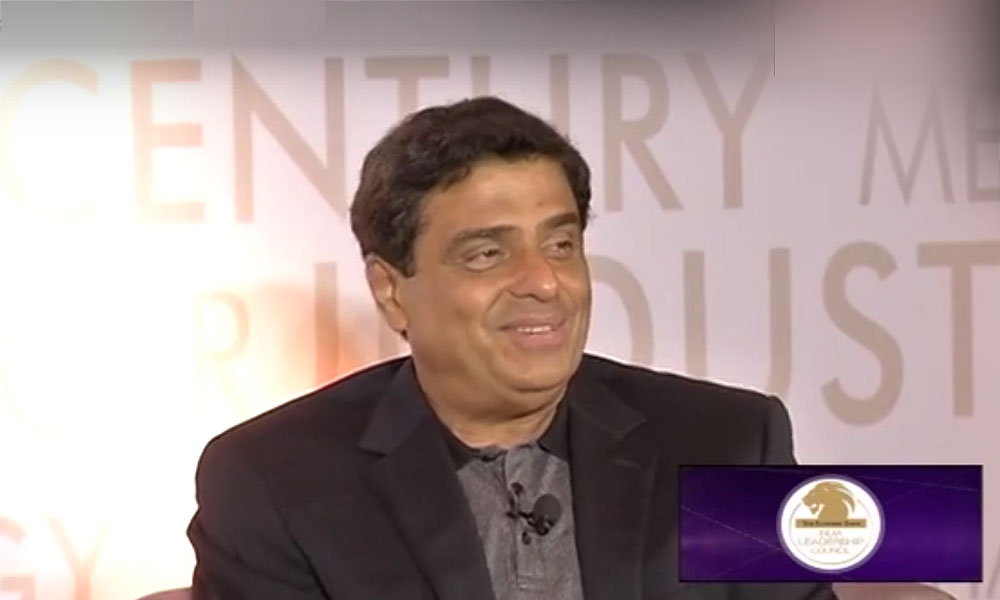 Watch this exclusive video featuring Ronnie Screwvala, as he chats candidly with Deepak Lamba, CEO – Worldwide Media and President, TSSL in an exclusive event held for the members of The Economic Times – India Leadership Council. This session focused on non-linear thinking, decision making and people management – everything that the 21st century CEO needs to master to succeed.

Ronnie Screwvala, former UTV head, and serial entrepreneur addressed a group of CEOs, MDs and senior leaders from ET ILC and shared with them critical insights from his journey as both an entrepreneur and CEO. He focused on how he makes key decisions, scales businesses and manages people. In a free-wheeling and interactive fireside chat with Deepak Lamba, CEO – Worldwide Media and President, TSSL, who worked closely with Ronnie at UTV, Ronnie gave the ILC members some valuable lessons basis his experiences.

It’s a few lines from a 1997 Apple ad, that fit Screwvala perfectly. “To the crazy ones. Here’s to the misfits. The rebels. The troublemakers. The people who see the world differently…The people who are crazy enough to believe they can change the world are the ones who actually do”. How a young Parsi boy from South Bombay started out in theatre with Alyque Padamsee, quit abruptly to start a toothbrush business and at 25, pioneered the cable TV revolution, is fascinating. Not only launching UTV, but getting  Rupert Murdoch to walk into his Bombay office, and invest $5mn in his company is the stuff movies are made of. In the 1990s, that was Screwvala, just getting started. Ask him what drives him, he’ll say it’s wealth creation.

Many who tracked UTV’s growth, called it reckless. His family never understood why all his wealth was concentrated in one place, why he was always borrowing money and reinvesting everything to expand. Screwvala believes that people deliberate too much on money and what it means. “Wealth creation is a solid measure for success. That’s what employees, bankers and shareholders track”. For his newest venture, an edtech firm, upGrad, he has even bigger goals. He wants it to be twenty times the  size of UTV.

In 2009, when ET NOW had partnered with Reuters in March and NDTV was a week away from tying up with Bloomberg towards the end of the year, Screwvala realized that UTVi wouldn’t survive without a global partner. He got on a flight to New York and briefed friends at Fox and Disney to put in a good word for him. Sure enough, he clinched the deal. UTVi became UTV Bloomberg. The former UTV head believes that many CEOs spend too much time thinking about plan B and all the other options that would be available if things didn’t work out. “Just focus on plan A, because many times there is no real alternative.”

For the man who gave us films like Rang de Basanti and Peepli Live, won acclaim for catering to foreign markets, co-produced films with News Corp and Will Smith and then in 2012 sold UTV to Disney for $454mn, there’s plenty to be proud of. But he’s kept things simple. No ostentatious display of wealth and no airs. Lamba, who knows him well, says, what’s remained constant is his humility. His patience has been tested by many in the entertainment industry- the erratic creative ones, the difficult ones, the star performers and the upstarts. In fact, Lamba candidly admitted that he himself played hard to get when Screwvala expressed interest in hiring him in 2010. Luckily, it took a lot more than a couple of polite refusals to get Screwvala to back off. “If you have self-confidence and know the value you offer, everything else fades into the background. It doesn’t affect you,” he says.

“In retrospect, everything I did looks like a grand success. But when I was starting out, I didn’t know.  I just went all in. I stuck it out. ” Many entrepreneurs try to time success. They say things like – ” I’ll give this a shot for 2 years”. In Screwvala’s opinion,  they’ve already failed. To win, you have to stay the course.

With his new ventures, upGrad (2015) and and his non-profit, Swades (2012); he’s operating in new territory. But with both he’s deeply involved. He doesn’t find education or for that matter, anything new daunting. He’s teamed up with three bright consultants and taken the role of co-founder at the edtech firm.  “I’m a doer, not an investor.” With Swades, the internal targets are aggressive and the ways to measure progress – thorough. The NGO’s aim is to lift a million people out of poverty. The organization invests heavily in identifying the metrics that really matter. “If you’re looking at access to water, what’s your goal – a common hand pump for the village or two taps with running water in every house? We’ve seen the way The Bill & Melinda Gates Foundation creates systems to gauge improvements. Measuring impact is difficult and if you don’t invest in it, you’ll never know if you’ve moved the needle.”

For a man who firmly relies on non-linear thinking, ironically, his career graph has had a straight upward trajectory. It’s going to be a while before he hangs up his boots. “A lot of work in the social sector or otherwise is not about writing cheques. If I’m hands-on, I’ll find solutions, not throw money at them.” 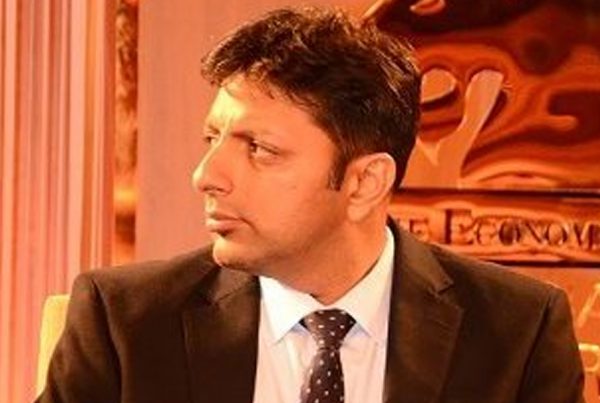 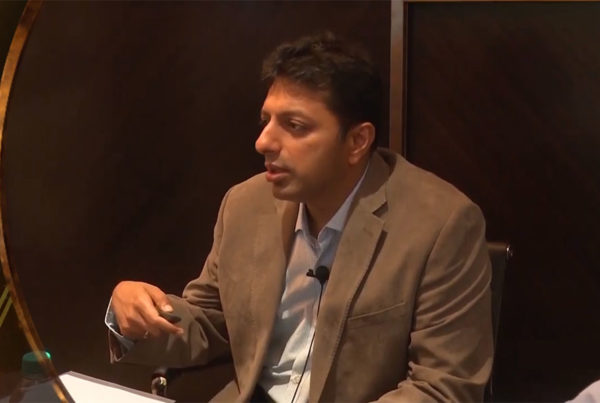 Amit Agarwal | Inventing on Behalf of the Customer